The title of 2011 World Champion of Public Speaking was awarded to Jock Elliott of Bongaree, Queensland, Australia.

He has competed in Toastmasters speech competitions for over 20 years, made it to the Finals four times before this year, and finished second in 1994. Talk about passion and persistence! Jock is an example for us all when it comes to both public speaking and not giving up on your dreams. 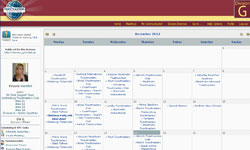 Click on the picture to get to Paul van der Vliet's eminent Speaking Tips.